Topped with sharp cheddar cheese, crunchy bacon bits, and a dollop of sour cream, this keto cauliflower soup recipe tastes like a baked potato bar — without the carbs, of course.

French fries, tater tots, scalloped potatoes, baked potatoes, American fries, breakfast potatoes, shall we go on? Potatoes are one of the most versatile and — let’s just go ahead and say it — beloved vegetables out there. These starchy tubers also pack an immense amount of carbohydrates, spiking your blood sugar more than a slice of white bread (1).

In this recipe, you’ll blend cauliflower florets with beef bone broth to make a faux loaded potato soup. By simmering the cauliflower in broth until fork tender, then blending in a Vitamix or food processor, you’re left with a thick, creamy soup that tastes just like traditional potato soup.

Why Cauliflower Makes the Perfect Substitute for Potatoes

If you’re a recovering starch fiend new to the keto diet, you probably know that cauliflower makes an excellent substitute for your former favorite foods. Cauliflower has been baked into biscuits, rolled out into pizza crusts, grated into rice, and even baked under layers of cheddar and American cheese as a faux mac ‘n’ cheese, making it perfect for any low-carb diet.

While a cauliflower pizza crust might not satisfy your pizza cravings, cauliflower is remarkably similar to potatoes in taste, making it a viable substitute. Cauliflower can be mashed, roasted, or smothered in butter to give a taste that’s similar to potatoes, but much lower in carbs. A cup (or 100 grams) of cauliflower contains less than 3 grams of net carbs per serving and is packed with dietary fiber, fitting nicely into any keto meal plan. Meanwhile, 100 grams of white potatoes contain a whopping 19 grams of net carbs (2).

Hopefully, you’ll find this low-carb recipe fairly easy to follow. Just in case, here are a few tips that might make the process a little easier:

Use an Immersion Blender

The recipe below is a blended soup. Meaning, you are going to have to pour a very hot liquid into your food processor or blender to give it the perfect, creamy texture you’re looking for. If you’ve never attempted this before, know this: Many home chefs have spent hours scrubbing their counters, floors, and alas, their ceilings due to an exploding hot liquid in their blender. When you blend this recipe (step five in the recipe instructions), you will need to hold down firmly on your blender, preferably with an old towel wedged between your palm and the lid.

Or, you could go the simpler route: Use an immersion blender.

An immersion blender is a handy kitchen gadget that allows you to blend liquids together (like hearty soups and bisques) without having to pour your concoction into a food processor. Not only does that cut down on the dishes you’ll have to scrub by hand, but it can prevent a major — major — mess in the kitchen.

This low-carb soup uses three types of dairy: sour cream, shredded cheese, and heavy cream. If you think this much dairy will be a tad harsh on your stomach, feel free to swap out heavy cream for coconut cream of full-fat coconut milk. It will alter the taste slightly, but the chives and garlic will cut through the coconut enough that you won’t notice a difference.

Enjoy This Loaded Cauliflower Keto Soup for a Cozy Night In For a soup that’s full of healthy fats yet surprisingly low in carbohydrates, try this keto-friendly, loaded, creamy cauliflower soup. This low-carb comfort food tastes just like the baked potato soup you remember from your childhood, without the use of starchy vegetables.

If you’re looking for healthy, low carb soups to enjoy, be sure to check out Kettle & Fire’s latest pre-packed soups. Mushroom Bisque, Spicy Cauliflower, and several other new keto-friendly flavors are about to be released from Kettle & Fire’s test kitchen, so stay tuned.

This low-carb cauliflower soup tastes just like traditional loaded baked potato soup, without the extra carbs. Cauliflower florets are blended with beef bone broth and heavy cream to create a rich, creamy soup that resembles a bisque. Top with chives, bacon bits, and sharp cheddar cheese to complete the dish. 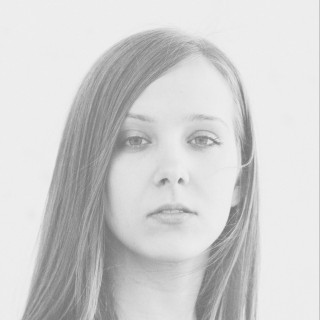